Top 10 Largest Countries in the World By Area

Now let us take a look at the top ten largest countries.

Russia represents 11% of the landmass of the entire world. Russia shares its border with 14 other countries. The weather in Russia represents the continental weather, which means it has got long winters and summers for a shorter period.

Russia has about ten time zones, within these time zones, you will be able to cross the freshwater lakes, the highest peak of Europe, the largest river of Europe.

Canada’s population is pretty low compared to its area, which is why the country is developed and made in a very calculated manner. As far as the climate is concerned, there is variation in temperature as one goes from west coat to the British Columbia to the subarctic climate, the northern area. The extreme northern parts have snow throughout the year, and the landlock areas have a summery continental climate zone.

The united states are divided into three pieces, the north, the south, and the west. The west has the rocky mountains, and the California coast, which is closer to the pacific states, has temperate weather. The stretch which connects Mexico to Canada has the most fertile area. The major cities of the USA are spread towards the eastern region.

China, alongside the USA and Canada, occupies seven percent of the world’s surface. China shares its borders with 14 countries. It is also the largest country in Asia. The climatic conditions of China are pretty dramatic; the temperatures in the northern areas are close to the subarctic temperatures.

Central China and well as southern china has tropical temperatures. The population of china is pretty high as it houses 1.35 billion citizens.

Brazil is part of southern America, and it is one of the largest countries, which spans around 8.51 million square kilometers. Brazil also houses the largest rainforest in the world, known as the Amazon.

The surprising part of amazon is that it is such a dense rainforest that human civilzatio9ns has never made any contact with the world, which is outside the forest.

Brazil also houses the lengthiest Atlantic coastline, which is situated on the eastern side, the length of the stretch is around 800 km. The climactic conditions of brazil are tropical.

Australia is so large that it is considered a continental landmass instead of an island. The majority of the population of Australia lives in the coastal area.

Australia is the driest and hottest region in the world. The geography and the climate of Australia are extreme, and it is famous for its deadly wildlife.

The area of India 3.287 million km², and thus it is considered to be the seventh-largest country in the world. India shares its borders with seven countries, China, Nepal, Bhutan, Bangladesh, Pakistan, Myanmar, and Afghanistan.

Also Read: Top 10 Most Populated Countries in The World

The climatic conditions of India are pretty vast. The northern area houses the Himalayan, and the southern part has tropical conditions. India has two islands of its own, which are situated towards the eastern side.

The eighth-largest country and the 32nd most populous country in the world, Argentina houses the most massive Spanish-speaking people in the world. The area of Argentina is 2.78 million square kilometers.

Argentina has a variety of geography as well as climatic conditions in the world. The northern area of Argentina is swampy, and the southern region has freezing conditions.

Argentina has the stormiest location in the world known as Cape horn.

The ninth largest country in the world, the area of Kazakhstan, is 2.72 million square kilometers. The state of Kazakhstan has plains as well as highlands.

Also Read: Top 10 Most Populated Cities in the World

Kazakhstan has cool and dry climatic conditions. The temperature in Kazakhstan ranges from extreme to moderate. Kazakhstan is also famous for its mineral resources as well as its arable lands.

The coastline of Algeria is the Mediterranean, and it is 998 km long. 90 percent of Algeria’s desert is highly elevated. The mountain ranges of Algeria are situated on the northern border. It also houses portions of the Sahara Desert.

These are the top 10 largest countries of the world, keep in mind that the country’s geographical area keeps on changing over the years. Happy reading! 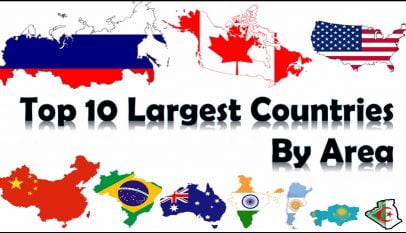 Top 10 Largest Countries in the World By Area 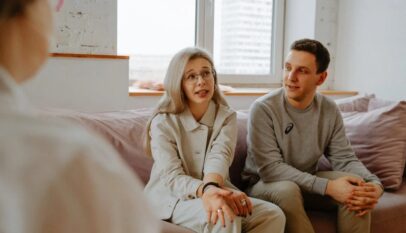